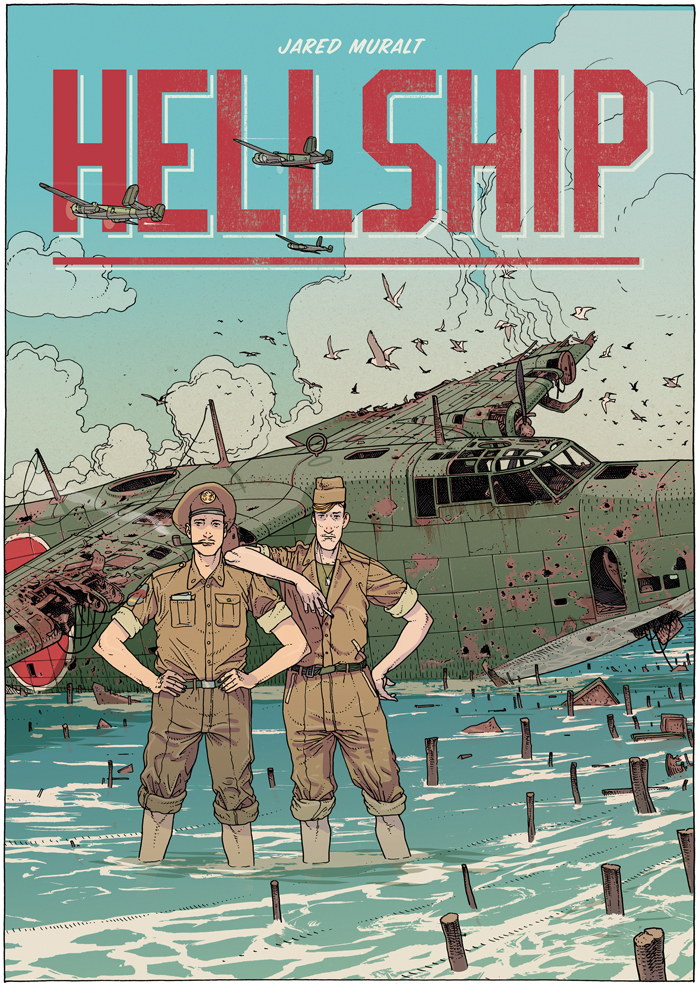 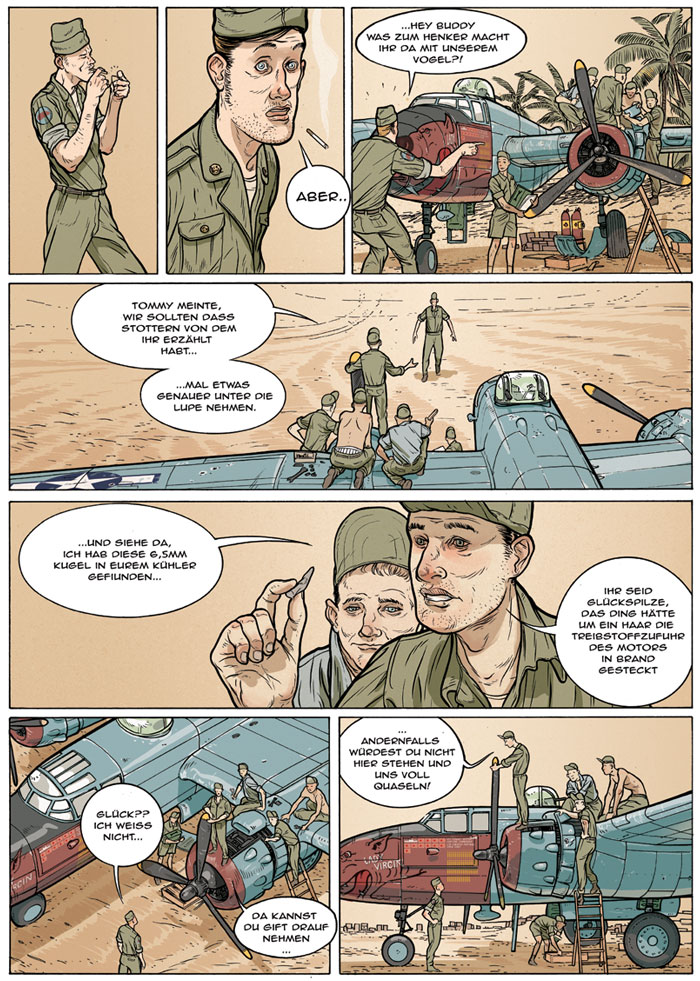 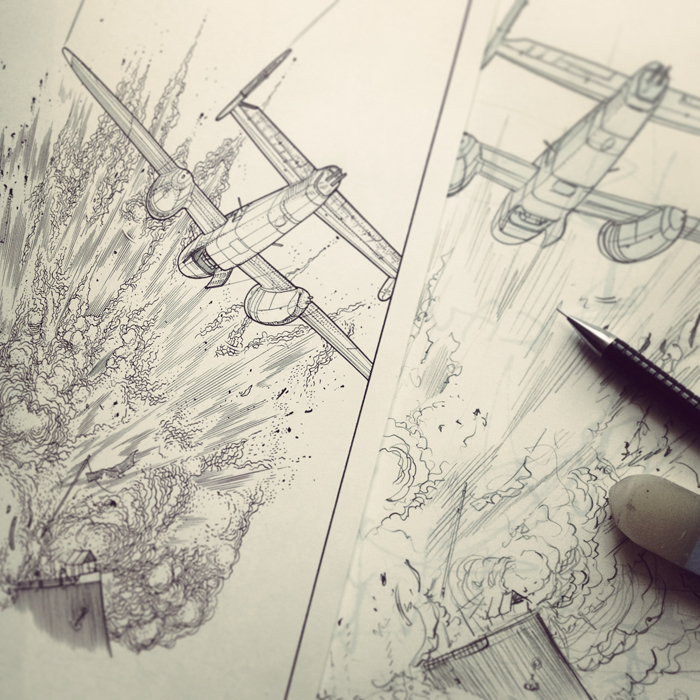 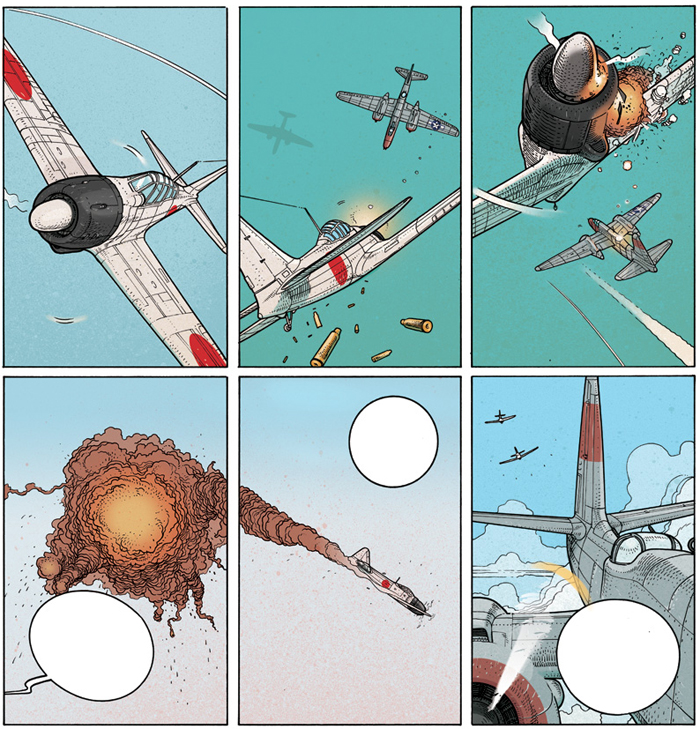 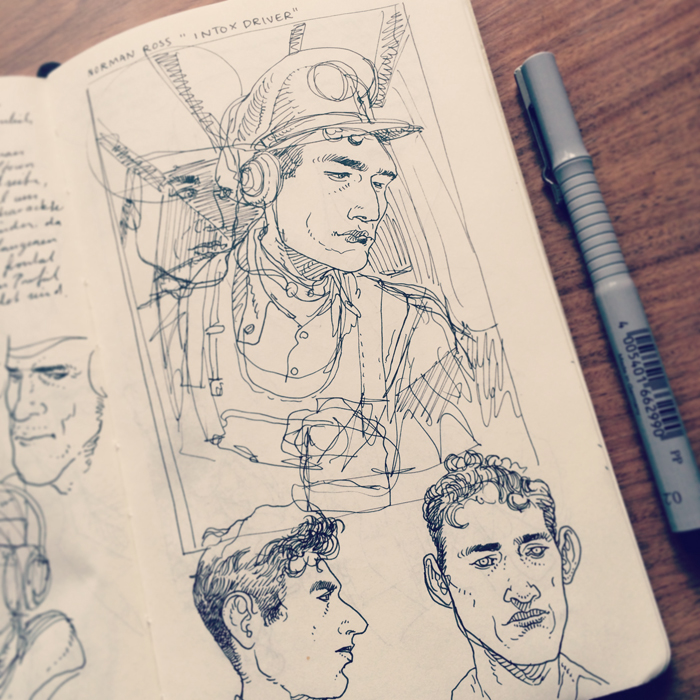 Hellship is Jared’s first single-handed comic project. Detailing scenes from WWII, the comic tells a historical and action-packed account of battle, military life and the perils of war. Bookended by dramatic, comprehensive pictures of a sinking ship and aerial warfare, Jared offers thoughtful, everyday depictions of the men at war. His soldiers are young and team oriented; they appear in conversation, engaged in combat and together they maintain their equipment and planes. Suspenseful and gripping, Hellship will be completed in late 2014.
« Deep Sea Anglers